Fun For The Kids!

Get started below with Build To Launch Episode 1: Mission Briefing

Build to Launch: A STEAM Exploration Series, a free 10-week lesson series meant to reignite kids in the classroom and educate on science, technology, engineering, the arts and mathematics. Immersive lessons will focus on the NASA Artemis I mission and what it takes to launch a rocket to the moon.

You can find the series online for free now! The sessions will be grouped into three learning themes: Getting to Space, Testing and Transport and Working in Space. Adding in a LEGO spin, kids will use minifigures to simulate the work of members of the flight and ground crew. There will also be weekly press conferences from the LEGO Education YouTube channel.

Artemis I is the first in a series of increasingly complex lunar missions that will prepare NASA crews for eventual human exploration of Mars. It will include a spacecraft launched on the most powerful rocket in the world, meaning it will fly farther than any spacecraft built for humans has ever flown. During each learning module, kids will learn about the important jobs involved in the launch and work on problem solving and communication. They’ll also prototype, test and build parts similar to the Space Launch System rocket.

If that’s not engaging enough, kids will also have the chance to submit questions to be answered by NASA and animated LEGO Education minifigures! Get ready to blast off for some intergalactic learning with this awesome partnership.

NASA and the LEGO Group have a long history of collaboration on projects that engage children and adults alike to encourage interest in STEM fields and space exploration. To find out more information regarding the history of this collaboration GO HERE

All post within this website are a Limited Time Offer ~ All Prices are subject to change without notice. By clicking on our links, we may earn a small commission which in turn supports the operations of this website.

You may view Recipes and Joy’s disclosure statement Here

Welcome to Recipes and Joy.

I’m Joy ! I am a Mom of three beautiful women and two high energy grandsons.  We all live together as one big happy family in Puyallup, Washington. We are recently new to the area and originally come from Southern California. We are big Disney fans so you may occasionally enjoy related amusement park fun with us. We also have two very spoiled kitties, Odo and Luna.

Here you will find fun recipes, crafts, family fun, and amazing deals. I update this site daily so make sure you visit often as we grow our new life and explore new adventures in Washington. 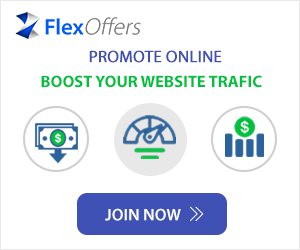